Here’s a look at my most recent articles and photos for Glide Magazine:

The 25th Annual Warren Haynes Christmas Jam is coming up, and as always you can look to my twitter feed (@woundedtweeter) and possibly even the Glide Magazine Twitter as well (@glidemag) for up-to-the-minute updates on all the madness in Asheville. Happy trails! Enjoy a few photos from the aforementioned shows below. 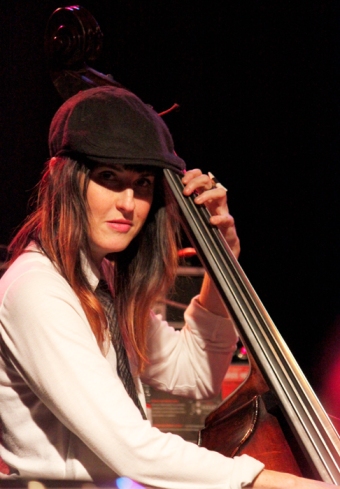 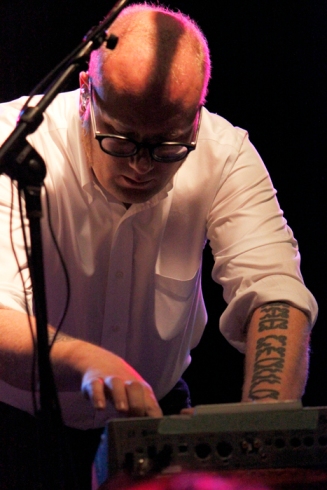 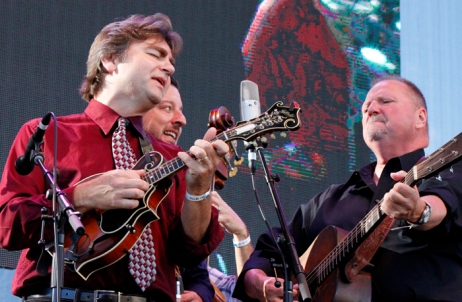 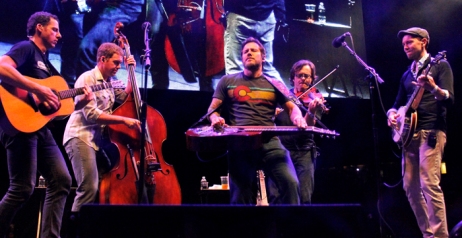 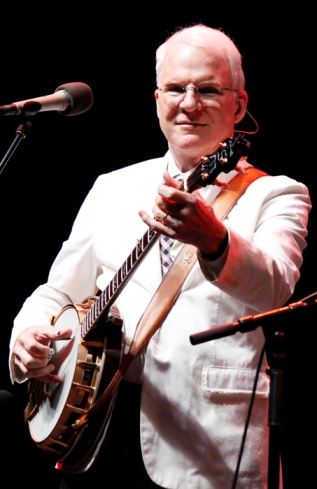 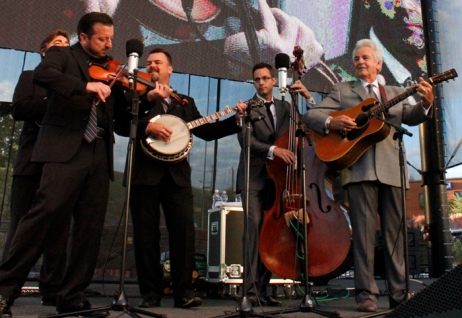 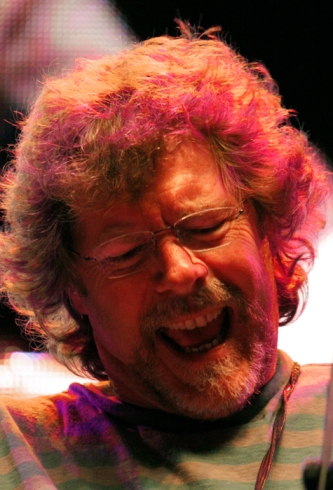 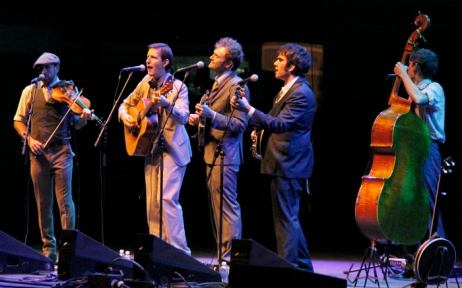 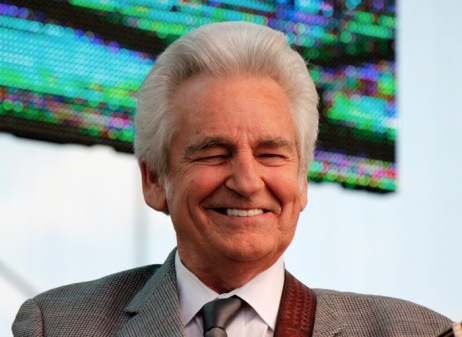 Saturday, June 13, from 12-8 p.m. at Bonnaroo‘s The Other Tent, Grammy-winning singer-songwriter Jim Lauderdale hosts the Tennessee Shines stage with eight hours of bluegrass from The SteelDrivers, Cherryholmes, the Del McCoury Band and the David Grisman Quintet. Lauderdale will introduce the bands, sit in for some songs and welcome special guests to the stage for surprise collaborations that only happen at Bonnaroo! Knoxville’s award-winning radio station WDVX FM and Nashville’s legendary WSM will broadcast the performances as well as capture exclusive behind-the-scenes interviews for the radio audience.

Tennessee Shines continues the legacy of live radio shows in downtown Knoxville, when the likes of Flatt & Scruggs and Chet Atkins performed on the Midday Merry-go-Round at the WNOX studios and folks tuned in to hear Porter Wagoner host the Grand Ole Opry. Since its debut in August 2008, Tennessee Shines has been held before sold-out audiences at the Bijou Theatre in downtown Knoxville and broadcast live on WDVX FM. Tennessee Shines celebrates that vast genre known as Americana, which includes (but is not limited to) bluegrass, folk, old-time, Cajun, blues, roots-rock and other styles of music developed between the Appalachians and the Mississippi River. The concert series was recently named Outstanding Museum/Attraction by the Knoxville Tourism Alliance. In January 2010, Tennessee Shines will be syndicated on commercial and non-commercial radio stations across the United States.

It was a day on which “Cold Rain and Snow” was bound to be played. But the dreary weather couldn’t keep a thousand or so bluegrass fans from experiencing one of the best lineups of the season at Cary’s Koka Booth Amphitheatre.

The Second Annual Carolina Bluegrass Festival featured a fast-paced schedule of headline-worthy bands that inhabit different parts of the acoustic music spectrum. Breaks between acts were as short as I have ever seen, as an army of guitars, banjos, and basses made its way on and off the stage. The amphitheatre’s wooden stage added to the vibrating warmth of all those acoustic instruments, making for fantastic sound.

The early afternoon rain and consistent clouds kept the crowd somewhat sedate, but the dedicated still turned out, rain gear in tow, on a Sunday afternoon that could have been legendary. Instead, the hardy attendees sacrificed atmosphere and comfort for 9 hours of top-notch bluegrass in all its glory.

Highly personable traditionalists Al Batten and the Bluegrass Reunion got the day started in the middle of a drenching rain shower that didn’t let up for half of the day. The quartet plays the kind of personable, down-to-earth music that can only be made by people with day jobs, and the band has them, counting among their ranks two agriculturalists, an automotive technician, a state transportation worker, and a retired phone company engineer. The band’s farm-fresh style of bluegrass was a great starting point for a daylong aural trip through the music’s traditional and adventurous sides.

Raleigh’s No Strings Attached performed next, and the band features a unique style of acoustic music informed by the diverse musical experiences of its members. The quartet includes Hank Smith and Leo Kishore of the now-defunct jamgrass act Barefoot Manner along with well-traveled local musician Hank Bowman, band-hopping multi-instrumentalist Lin Peterson, and Jamie Dawson on mandolin.

Bowman’s hearty voice reminds me of Steve McMurry of Acoustic Syndicate, and the similarities between the two bands don’t end there. Musically, No Strings Attached finds itself at some of the same crossroads as Syndicate, where jazz intersects with country and rock intersects with bluegrass. Their sound has a pronounced rhythmic element and free form spirit that belies their handheld instrumentation.

Russell Moore and IIIrd Tyme Out were up next. One of the most decorated bands in modern bluegrass, IIIrd Tyme Out never fail to deliver their clean-cut, radio-friendly tunes with the utmost professionalism. However, my experience with them has left me wanting more. Based on their decades of success, I’m obviously in the minority, but their style doesn’t have enough grit. Or maybe flash, or edge for me.

The next act, Doyle Lawson and Quicksilver, were more my speed. With vocals honed to a fine, smooth point by decades of gospel-influenced recording, Lawson and the band exhibited a soul-stirring musical presence that reaches the listener regardless of their affiliation.

Following Quicksilver’s timeless tunes were Rhonda Vincent and the Rage. This group pushed the energy of the festival up several notches with their pop-leaning originals and faithful covers. Two prime examples were a smoking version of “Long Journey Home” and the hit single “All American Bluegrass Girl.”

As talented as the mainstream acts are, I was most impressed by the performance of Tony Rice Unit. Born in Virginia but raised in California, Rice’s musical vocabulary extends well beyond bluegrass, and he’s been creating innovative acoustic music with a wide variety of groups for four decades. His band’s performance provided more instrumental fireworks and stylistic diversity than any other act.

The Unit immediately changed the prevailing mood of the event by opening their set with an open-ended instrumental version of “My Favorite Things.” Not only was that song a stark contrast to the rest of the music up to that point, it was just the shot of energy the proceedings needed. The entire set was full of sublime, expertly performed acoustic music, including Miles Davis’ poignant instrumental “All Blues” and Ernest Tubb’s classic “Drivin’ Nails In My Coffin,” which featured a guest vocal appearance from Rhonda Vincent.

Rounding out their invigorating set with the classics “Ginseng Sullivan” and “Nine Pound Hammer,” Tony Rice Unit received the biggest ovation of the day from the quickly tiring crowd. The set proved to be more of a climactic moment than even main headliners Del McCoury Band could muster, as patrons began making their way to the exits in the midst of newly resurgent rain showers.

The relentlessly professional McCoury and his razor-sharp band still proceeded to blow the doors off the place with their huge catalog of songs and flawless performance. The inevitable “Cold Rain and Snow” appeared near the end of a set that stretched almost two hours. The band treated the shrinking but attentive crowd to several one-two punches from different regions of their career.

There was a pair of modern bluegrass classics in the form of “Nashville Cats,” with its smirking lyrics, and “1952 Vincent Black Lightning,” which has become one of the flagship ballads of bluegrass. A couple of songs from 2008’s essential Moneyland album appeared back to back – the venomous “Moneyland” and the playfully vengeful “40 Acres and a Fool,” and two of the band’s most striking originals, “A Deeper Shade of Blue” and “Dry My Tears and Move On,” also served as highlights.

The Carolina Bluegrass Festival continues to present amazing lineups and stellar production. I wonder how the fledgling event’s spot on the North Carolina concert calendar – less than a month after the geographically competitive bluegrass and acoustic extravaganza that is Merlefest – will affect attendance over the long run. If Hey Bro Productions keeps bringing such quality to the stage, along with the event’s charitable element, they should be just fine.

Photos by Dave Berry – See all of his Tony Rice and Del McCoury Band photos from the festival HERE.

In case you couldn’t make some of that out:

…and more, check it out at the High Sierra site.